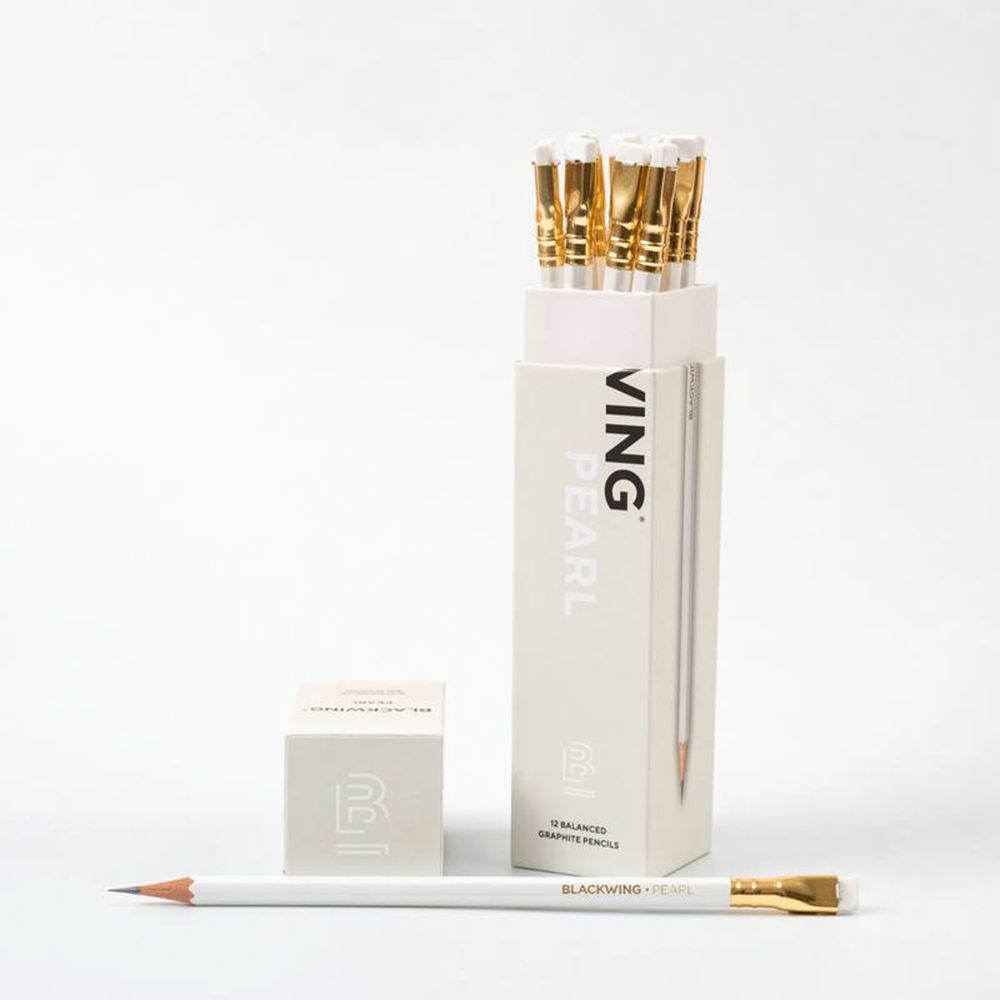 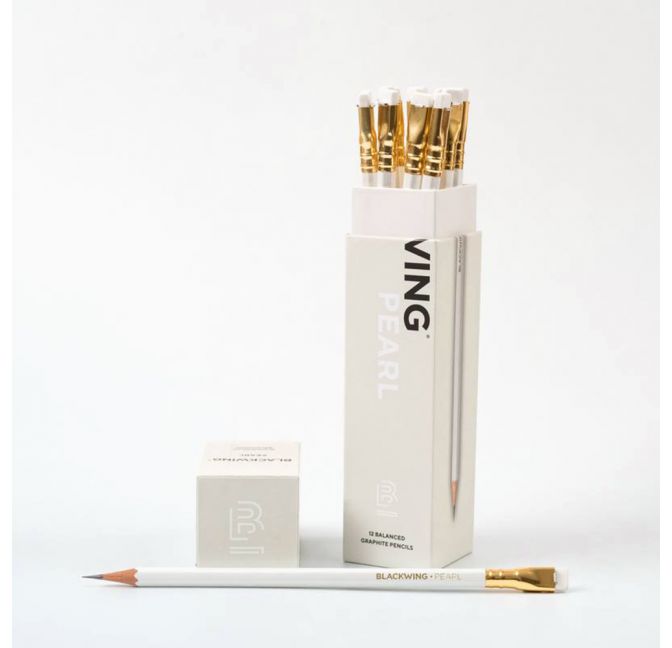 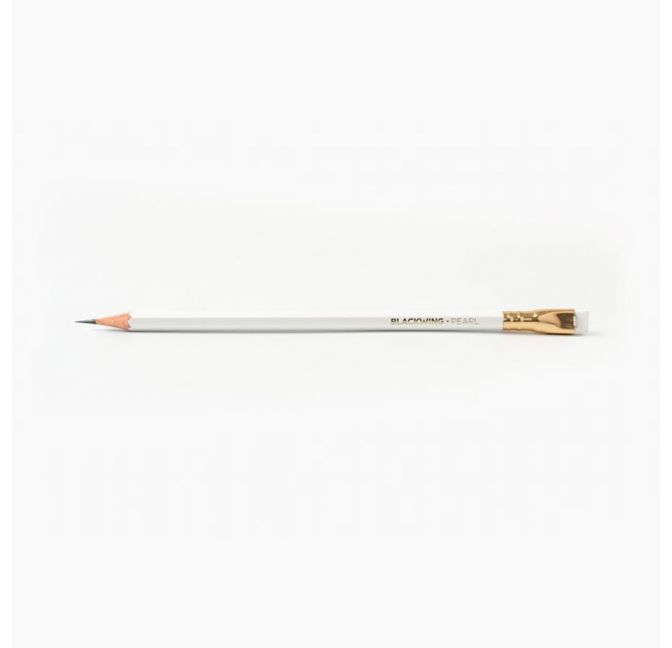 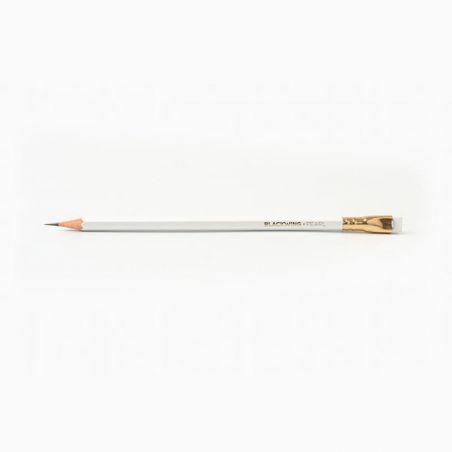 "Half the pressure, twice the speed." is the promise of the Blackwing 602 (the gray one!) with a firm and soft mine. The black Blackwing has a greasy face that will satisfy the designers. Between the two? Its the Blackwing Pearl.